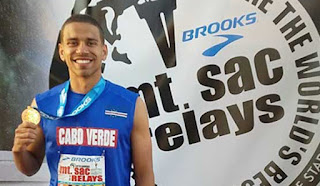 According to a tweet from his representatives at World Express Management, Andrade hit hurdle #9, stumbled but did not fall, but that mishap was enough to throw off his timing approaching the final hurdle.

Complete results of the African Championships are available here.

Walker, who is a familiar face to track fans attending meets at the Dempsey Indoor, was third in the 800 at the recent NCAA track & field championships in Eugene.  Walker, who comes to the Beasts with a 1:44.99 personal best, was also third at this year’s NCAA indoor champs.

Both will make their debuts as members of the Beasts at the US Olympic Trials in Eugene.

At the USA junior championships in Clovis, California, Camas native Alexa Efraimson, the current American junior record holder in the 1500 meters, easily qualified for the finals in that event, running 4:31.49.

Efraimson expressed confidence after her race, telling USA Track & Field media relations, “No U.S. girl has ever medaled in the 1500 at World Juniors, so I think I have a good opportunity.”

Efraimson finished just out of the podium at the world juniors in Eugene two years ago.

Shorecrest HS grad Wurrie Njadoe, who will attend Kansas State this fall, was seventh in the 100 meters in 11.63.

In the finals of the men’s pole vault, University of Washington rising sophomore Chase Smith finished eighth with a clearance of 16-2.75 (4.95m), while incoming Husky freshman Zach Shugart, who recently graduated from Blanchet HS, was 11th, also clearing 16-2.75. 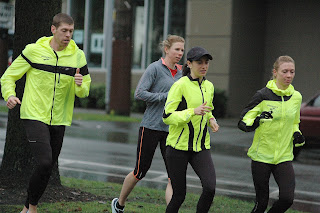 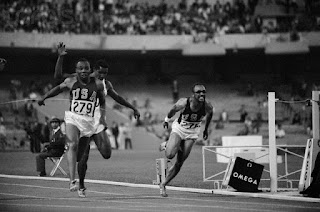 Mercanator
Seattle, WA, United States
Internationally respected track and field writer & photojournalist Paul Merca brings his take on the sport to paulmerca.blogspot.com. Paul was the assistant director of communications for the 1984 USA Women's Olympic Marathon Trials in Olympia, WA., and PR director for the 1999 USA Cross Country Championships in Tacoma, WA. The current public address announcer for the University of Washington's home track and field meets, Merca's been a media assistant to the USA national team (2001-11, 13, 15, 17, 19) at the World Athletics Cross Country Championships. His vast knowledge of the sport has been utilized by many of the country's sports television networks, and was a senior writer to Northwest Runner magazine. He's covered 15 World Athletics Track & Field Championships, and two Olympics. Merca graduated from Seattle's Franklin High School in 1977, and received his Bachelor of Arts degree from the University of Washington in 1981 in Communications. He competed in track and cross country at Franklin, and ran cross country at the University of Washington.